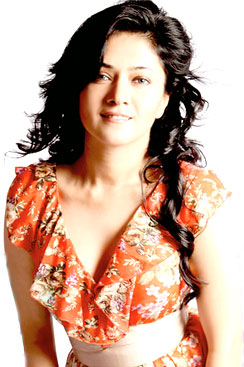 Sonal Sehgal is an Indian actress who debuted on the silver screen with the critically acclaimed 'Aashayein', directed by the national award winning director Nagesh Kuknoor. She has starred in films such as 'Radio' and 'Damadamm' in lead roles and 'Jaane kahan se aayi hai' as a second lead.

Before becoming a film actress, Sonal did work in theatre, with a pivotal role in the celebrated theater scriptwriter/ director Mahesh Dattani's play 'Mad about Money'.

Sonal is one of the few actresses who moved to cinema after a successful stint in the television industry, with lead roles in the serials 'Saara Akash' and 'Hotel Kingston'.

Before pursuing her career as an actress, Sehgal had assisted ad filmmaker and director Pradeep Sarkar who made his film debut with Parineeta. She has also worked as a copywriter for leading advertising agencies in Delhi.
Buy
Sonal Sehgal
Movies