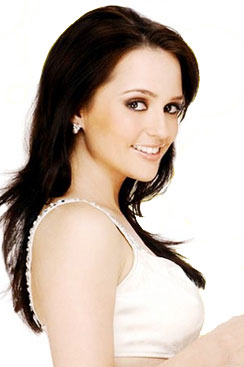 Hazel Crowney?s entry Bollywood came by chance in 2004 when she was backpacking in Thailand and stumbled upon an Indian film being shot there. So came her first appearance in a Bollywood film was in the item song Leke Pehla Pehla Pyaar. With little prior knowledge of the sub-continent, she was attracted by the music and dance, and decided to try her luck in Mumbai.

She went on to do few advertisements for Ponds, Nokia, HSBC and Samsung before landing with her first proper role in the film MP3 - Mera Pehla Pehla Pyaar in 2007. She also worked in shows, for which she got highly paid.

In 2010, Crowney along with other non-Indian actresses like Alice Patten were asked to leave Bollywood by Raj Thackeray?s Maharashtra Navnirman Sena (MNS), a Mumbai based political party. They campaigned for a ban on the estimated 1,000 British and other foreign actors who regularly appear in Bollywood films accusing them of stealing jobs from local girls.

Crowney is going to perform in an item song named ?Reshma Ki Jawani? for the film ?Kaash Tum Hote? which is due for release in 2013. [4]
Buy
Hazel Crowney
Movies