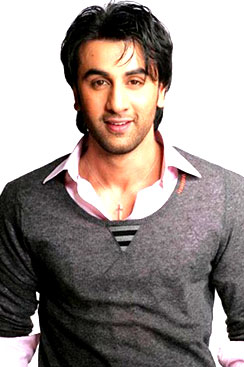 Films and acting are a legacy for actor Ranbir Kapoor. His father is the famous Rishi Kapoor and grandfather, the late Raj Kapoor. His mother Neetu Singh, too was a famous actress during her time. He is the scion of filmdom's 'Kapoor khandaan', the first family of Bollywood. It was but natural that he should take to films like a fish takes to water.

Ranbir studied filmmaking at the School of Visual Arts and Acting at the Lee Strasberg Theatre and Film Institute in New York. He was always passionate about acting and wanted to be an actor since his childhood. He made his foray into Bollywood first serving as an assistant to director Sanjay Leela Bhansali, when he was working on 'Black'.

He was subsequently launched by Bhansali in 2007 in the film 'Saawariya'. Ranbir made his debut opposite his childhood friend and Anil Kapoor's daughter Sonam Kapoor. Although the film was panned by critics and didn't fare too well at the box office, Ranbir was appreciated by one and all and went on to sign quite a few prestigious projects, like Yash Raj banner's 'Bachna Ae Haseeno', directed by Siddharth Anand, where he had three lovely ladies cast opposite him, Bipasha Basu, Deepika Padukone and Minissha Lamba.

Anand's film did decent business and Ranbir's brand value kept increasing with every release. Ayan Mukherjee's 'Wake Up Sid' was another feather in his cap. The actor had also done Shimit Amin's 'Rocket Singh: Salesman Of The Year'. Even though the movie didn't click commercially, Ranbir was much appreciated.

Raj Kumar Santoshi's 'Ajab Prem Ki Ghazab Kahani' had Ranbir hogging the limelight with Katrina Kaif. The film did very good business and the duo was now seen as the next big thing to happen to Bollywood. Their next film together, Prakash Jha's 'Raajneeti' is doing great business at the box office.

Ranbir has been singled out for a lot of praise for his role in the movie. A very grey character, it was a very different role which made Ranbir really dig inside to play the character with conviction. Despite being part of such a stellar cast, Ranbir's performance was to talk about. The actor has also endorsed a few brands like Pepsi, wherein his 'Youngistan' commercial was well appreciated. Though Ranbir looks more like his mother, it is his father who has been and still remains his inspiration.

He is gradually moving towards acquiring a romantic image, quite like his father before him. It won't be an exaggeration to say that the fate of the RK banner now truly lies in the hands of Gen Next which comprises of Ranbir and his cousin Kareena Kapoor ? they are hot and they are happening. They could definitely give the banner a new lease of life. Coming up next for release for Ranbir will be Anand's 'Anjaana Anjaani' opposite Priyanka Chopra and Imtiaz Ali's 'Rockstar', apart from a reported Mani Ratnam film too.